Did you know that an arrest can hurt your job prospects, even if you were never convicted of a crime? A 2016 study by researchers at the University of Cincinnati has found that employers are less likely to hire applicants with criminal records. That is regardless of the severity of the offense.

Employers were less likely to invite applicants with criminal records for interviews, and those who they interviewed were more likely to receive lower ratings from interviewers.

A 2022 study from RAND Corporation corroborates that, showing that 64% of unemployed male Americans aged 35 and above have an arrest or conviction. That becomes even more alarming with their data that a third of male American adults are arrested at some point in life. The researchers attribute this to decades of hard-hitting law enforcement practices.

Ban the box laws attempt to remove the stigma of an arrest or conviction in employment applications. Under such laws, job application forms do not include questions on arrests or convictions.

The Fair Chance to Compete for Jobs Act of 2019 applied the ban the box law to federal agencies and contractors. Employers can only make queries on arrests and convictions after giving the applicant a job offer. That was adopted by 37 states and the District of Columbia and more than 150 combined cities and counties.

In 15 states and 22 combined cities and counties, they extended the ban the box law to cover private job applications. Some states added more requirements.

In California, an employer who decides against hiring an applicant with a criminal record must serve notice and give the applicant a chance to provide evidence mitigating the arrest or conviction. For instance, if you were apprehended and charged with a DUI but your DUI defense attorney managed to have the case dismissed, you can submit evidence of the dismissal.

Despite the good intentions of the ban the box laws, though, the RAND Corporation study found that employers easily access applicants’ criminal records on commercial databases. They do this background check and eliminate applicants without alluding to it.

Lead author Amanda Agan, of the 2016 study said employers use the information on the criminal background of a person to screen applicants, especially for jobs that handle money or face the public.

Employment Services and Employers Must Remove the Stigma

The RAND Corporation researchers call on government unemployment programs and services to help job applicants with criminal histories. Most of these programs provide unemployed people with skills development but that will be useless if the person is excluded from employment due to criminal history.

Lead author Shawn Bushway said that many employers cannot hire enough people because they turn their backs on those with criminal records who make up a significant portion of the unemployed.

The researchers called on employers to reconsider their impression that applicants with criminal records are a risk to the company because they will likely commit offenses again. On the contrary, Bushway points out that the risk of committing crimes again decreases significantly among people with criminal records who spend more time in freedom in communities.

On the other hand, not employing people with criminal histories poses a higher risk for society. According to the 2016 study, evidence shows that having difficulty finding employment due to a criminal record increases the likelihood of getting arrested for a new offense. 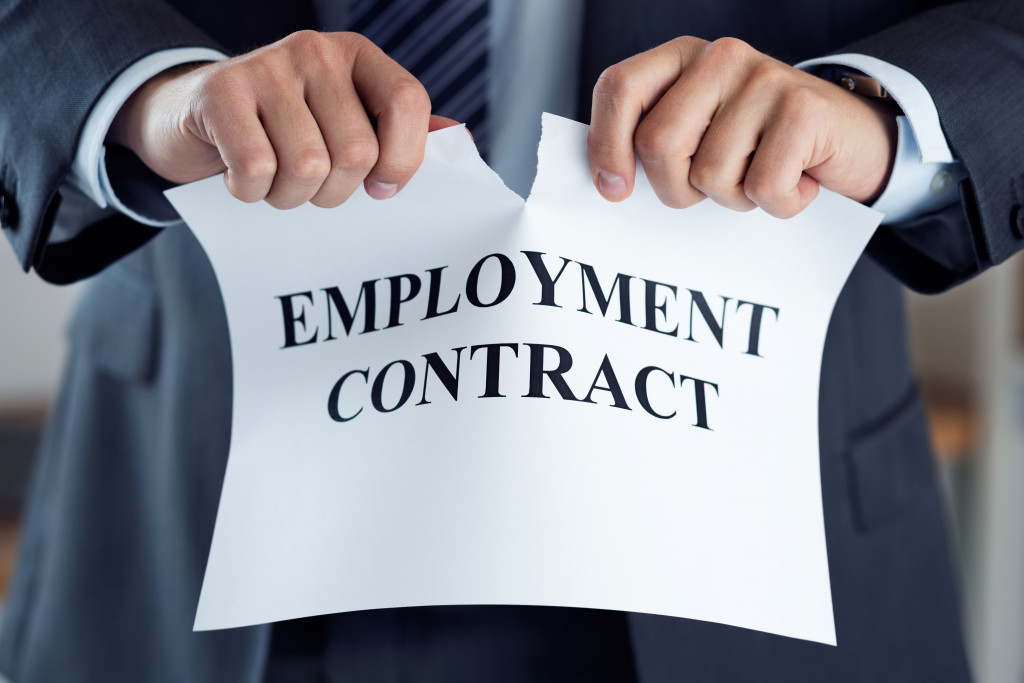 How You Can Seek Employment with a Criminal Record

If you have a criminal record, there are several things that you can do to increase your chances of finding employment. Be honest about your past criminal record. Work on highlighting other positive aspects of your background and skills that would make you a good candidate for the role.

Additionally, it may also be helpful to contact potential employers before applying and discuss any concerns they might have about hiring someone with a criminal history. In many cases, these conversations can help employers overcome their initial hesitation and consider applicants with criminal records as viable candidates for open positions.

Some government unemployment programs and services offer training and support to help job seekers with criminal records find employment. Overall, these measures can help minimize the negative impact of having a criminal record on your ability to obtain meaningful employment.

If you’re eager to start your career but are worried about the impact of an arrest on your professional development, work with a career counselor to develop a plan that will help you land the job of your dreams.

Having a criminal record can make finding employment difficult, but it is not impossible. You can do things to increase your chances of finding a job, such as being honest about your past and highlighting your skills and strengths. Additionally, government unemployment programs and services offer training and support to help those with criminal records find work. Don’t give up if you have a criminal record–keep moving forward and don’t lose hope!