Have you been mesmerized by that moment during a concert when the lead guitarist goes into shredding (a virtuoso guitar solo playing style) and seems to have gotten lost in his own world, oblivious to the crowd? You feel like the guitar god has torn his soul off the stage and sent him flying through the great galaxy into who knows where.

When you begin guitar lessons, you assume that all you need is a mastery of technique to be as good as the musicians who always manage to improvise and inject something unique in their music. But science suggests that it takes more than mastery to create a one-of-a-kind musical masterpiece. These musicians actually get lost, not in the galaxy, but in an unconscious state. A study published in PLOS ONE a few years ago explored this.

Neuroscientist, musician and surgeon Charles Limb and neurologist Allen Braun conducted this study to look at brain activity during a spontaneous musical performance. Using fundamental MRI (fMRI), a technique typically used to check brain abnormalities after a stroke or other diseases, the specialists scanned the brains of jazz guitarists while they played memorized chords and while they improvised.

The research team found that the medial part of the prefrontal cortex of the brain increased activity during improvisation while the lateral areas lessened their activity. The prefrontal cortex is associated with “autobiographical narrative” and “internally motivated, stimulus-independent behaviors.” Lateral areas are involved in self-monitoring and judging and correcting behavior.

This finding suggests that musicians, whether pianists or guitarists, who improvise during a performance switch into a subconscious state where creative brain functions take the lead more than the mental recollection of mastered sequences. Although the improviser gathers ammunition from their vast knowledge of musical techniques, the decision to mix and match techniques based on mood, audience response, and other environmental factors is solely that of spontaneous creativity, the study stated.

Since it’s spontaneous, creative brain activity happens fast while the performance is ongoing, not slow and organized. It brings a variety of results. This is the reason that there can be as many improvisations as there are musicians in the world.

Musicians Less Likely to Get Distracted 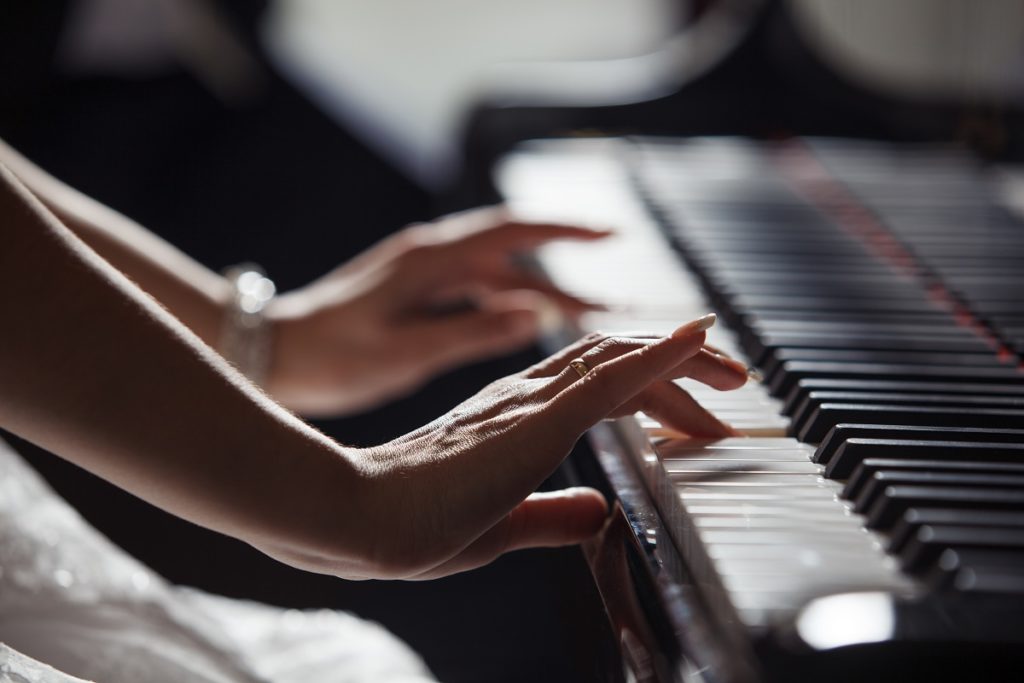 In a related study, Harvard neuroscientist and musicologist Aaron Berkowitz’s team discovered that both musicians and non-musicians could improvise. Both groups utilize the same brain faculties associated with music. Non-musicians who have a had a bit of music training could produce as many variations of improvised output as musicians.

But there’s a slight difference in brain activity. The study found that musicians turn off the right temporoparietal junction of the brain during certain improvisations, while non-musicians don’t. This brain area is associated with social cognition and shifting attention to unexpected stimuli. It’s typically deactivated when someone is undergoing a goal-oriented behavior.

In other words, musicians automatically shut off their ability to get distracted by irrelevant stimuli, while non-musicians don’t. Jazz guitarist Pat Metheny described the improvisation performance as “feeling out of touch,” in a World Science Festival interview. He said he often comes early in a gig or concert to practice their lineup of songs and make sure he performs as planned.

But once Metheny starts playing, the world becomes a blur, and he’s there on stage playing for himself. “If I started worrying about what critics say, or a friend says, or what the audience is thinking, I’d be paralyzed,” the jazz artist and composer added, in an article about the subject published by Dana Foundation. He is known for his progressive and contemporary jazz, Latin jazz, and jazz fusion performances.

These pieces of information open a huge path for more neuroscientific research on art and music. Limb has been conducting further studies on improvisation and brain activity among rappers. He also planned to study how artists paint and draw and what their brains do when they start an artistic project.

These findings also assure beginner musicians and those wanting to pursue music lessons that musical masterpieces might not necessarily come from years of performing but from a moment of spontaneous creativity based on learned skills. As they say, when playing a musical instrument: first, play it by the rules, then play it by heart.