Everywhere we go, whether it’s a physical space or an online medium, there are always conversations revolving around sustainability. These talks always touch on making radical changes in the capitalistic society that’s slowly killing the planet and depleting its sources. Of course, these conversations are vital, but other approaches are also crucial to achieving a more sustainable world, which is what community building could do.

You can imagine your workplace with employees coming to work and going home, but you have no similarities or common ground with them. So no matter how much you work hard, you won’t achieve a shared goal. This is why intervention in the form of a recruitment process a la ServiceNow HR service management is crucial in ensuring that the workforce has a shared goal, making changes and milestones easier to achieve.

The Disappearance of Shared Goals in Communities

In the mid-1990s, research titled “The Disappearance of Civic America” detailed political scientist Robert Putnam’s observations. According to him, since 1965, the number of people socializing saw a 25% decline, negatively affecting how communities work together to reach shared goals. Furthermore, he noted how people had joined different social gatherings as clubs and organizations have also decreased.

There could be several reasons that cause this drop in people who gather in social situations. One of them could be technology, as people tend to spend more time in front of their TVs, computers, phones, and other devices. Putnam concluded that people have learned to gather online, hence, not having the time for any in-person interactions.

The Effect of In-person Activism to Achieve Real-world Changes

There have been considerable changes in conversations revolving around social issues related to politics, sustainability, the environment, and the climate crisis in the last few years. Most of these conversations are happening online, though. There is nothing wrong with that, but awareness and discussions about these problems need to be combined with real-world actions and not just purely social media posts and comments.

No one is debunking the power of social media in spreading awareness. It is still a very efficient platform to spread information and reach a wider audience, but this should only be the start. To make things happen, building offline communities should be a part of the equation as well. Individual actions paired with online efforts could only go so far; a community in an offline setting needs to be set in motion. 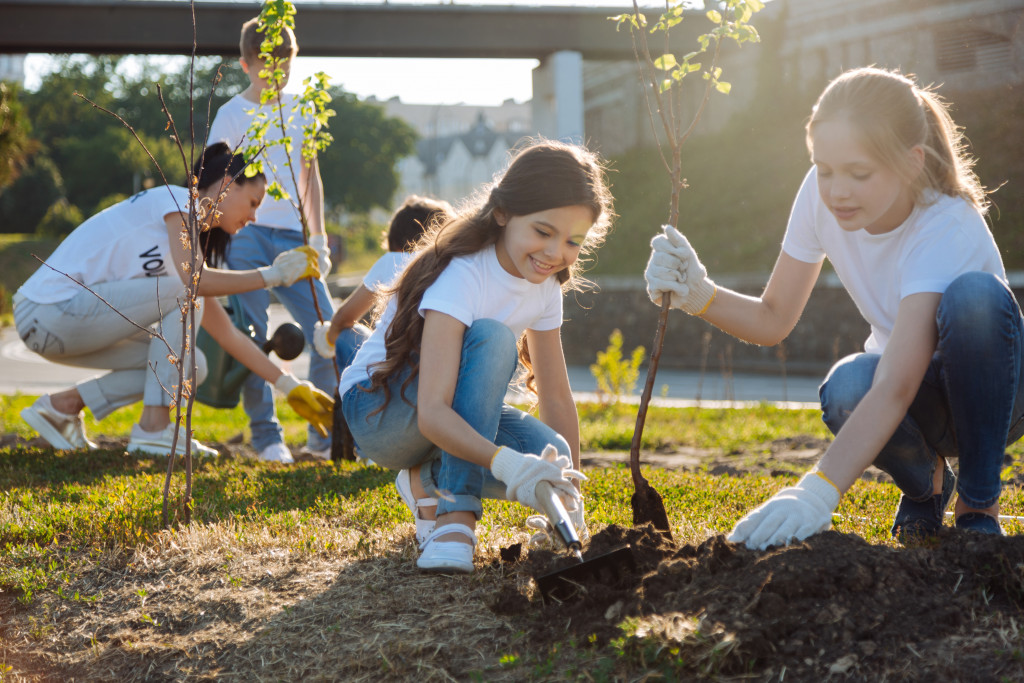 The Gratification of Online Activism

It’s understandable why many people mainly keep their activism to online settings—it gives immediate gratification. Signing petitions, sharing news, posting about social issues, and more could provide anyone instant feedback in the form of likes, messages, and comments. But it needs more than these online validations.

Online activism shouldn’t be your priority or end goal. The world needs you to act now and to do some real-world activism. Of course, this part could take time for anyone to see any noticeable changes, which could be frustrating. But keep in mind that it doesn’t mean you’re not achieving anything.

One more important advantage of offline activism and building communities is that you would have the chance of turning big-scale issues into a localized crisis. It would allow your community to manage the related situation within your city.

An example of this is the climate crisis being a massive environmental problem. Even if people are aware of this crisis, they wouldn’t be that involved to take action. You can solve the bigger problems in your own city by localizing the issue, like water and air pollution and people’s dependency on plastic and fossil fuels.

Online Awareness with Offline Actions Is the Perfect Equation

Community building plays a role for people to achieve a shared vision, especially if it involves a bigger goal: to have a more sustainable future. Community building may not have the same impact as reducing the carbon footprints or making more conscious eco-friendly choices, but it is needed.

Lastly, it would help if you remembered that a community requires diversity. Gathering with people from different backgrounds is essential because it will allow you to examine your situation better. If you do community building carefully, you can be doing more significant actions instead of only spreading awareness. If other communities follow, it will help the world get closer to achieving sustainability. It may be happening at a snail’s pace, but it can be rewarding for your community and the world in the long run.