No business can run without utilities like electricity and water. Office and factory equipment need a constant power source to run, employees need to rehydrate and sanitize while in the office, and water needs to continuously flow in restrooms and ventilation systems. With the growth of these businesses comes the inherent increase in the use of these utilities.

Just as how much they want to grow, businesses also find the relative need to reduce costs. Among their variable costs, utilities are among the easiest to cut-cost. They can do this by involving employees in consciously turning off an empty room’s lights or turning the tap off when brushing teeth. What not many establishments do, in the case of water-saving, is investing in efficient water harvesting systems.

Rainwater is a fairly free resource that establishments take for granted. During the rainy season, buckets and buckets of what could be used as toilet-flushing water or utility areas are wasted because they are left to drain down the building’s gutters to the sewage systems. If only they had a rainwater harvesting system put up ahead of the rainy season, they would have saved months’ worth in water bills.

Still, many others settle for expensive means to access freshwater. Not to mention, these involve environmentally unfriendly filtration methods, whereas a rainwater harvesting system does the same without carbon emissions. This is just one among its many capabilities enabled by the following components:

The gutters are already part of the building structure, but play the role of draining water into the harvesting system. It is important to situate the harvesting system where gutters catch a lot of water during rains. The roof size could also play a part in that larger ones can capture more water.

The inlet filter performs the first-stage filtration of the captured water. That said, it is important to clean it as often as every week or as recommended by its manufacturer. This, along with other passages to and from the system’s tank, should be made of high-quality industrial piping. This will keep the system functional for as long as 30 years provided it is regularly checked and maintained.

The flush diverter removes residual debris that the inlet filter was unable to catch. Like the inlet filter, the diverter must be kept clean but only as often as once a month. Still, it should be ever so often checked during dry seasons for debris that might have dried out and need to be removed.

The storage tank is a major determinant of how efficient your harvesting system will be. Generally speaking, a bigger storage tank, which can store more water, may require a bigger upfront investment but will accommodate more water savings. 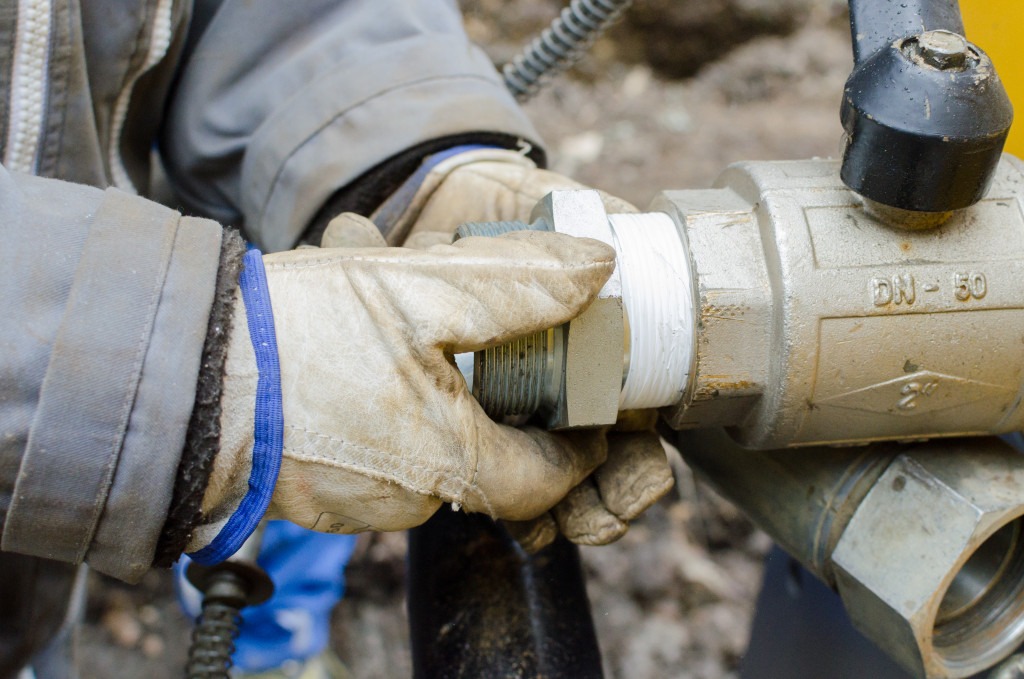 The drainage nozzle, also known as overflow, is where excess water flows out for when the tank is full. As the spout touches the ground, it is important to keep it clean. This will keep it functional.

The treatment chamber consists of filtering and disinfection systems. It is responsible for sterilizing water for either potable or non-potable purposes. The filters used to generate potable water are built differently to be able to remove a minimum of 99 percent at least 3.0-micron particles. On the other hand, a system can be equipped with either chlorine or ultraviolet radiation disinfecting capabilities.

The pump transports cleaned water to areas in the establishment where it will be used. To aid it is a backflow preventer which, as the name implies, prevents dispatched water from coming back to the tank.

The company may opt for a conventional uninterruptible power supply, some of which could run for several more minutes after a power outage. But, they could also consider alternative power systems such as solar panels which provide a reliable power source despite being off-grid.

Water levels and quality are monitored through the system’s controls. Figures displayed on the storage tank’s water level gauge and the flowmeter adjacent to the backflow preventer may or may not be synchronized with the controls. Maintenance personnel should come as often as once a month to check on the responsiveness of the system to button presses and for any defects in the wiring.

Water processed by a harvesting system is usable for a variety of purposes. This includes laundry, manufacturing, car washing, irrigation, reserve for fire extinguishing, and even pool fills. Such a nimble function of a rainwater harvesting system opens any end-user to marginal savings.