Hospital food is infamous for its blandness and unappetizing presentation. But health institutions make up for this shortcoming with meticulous food handling. Indeed, you can count on hospitals to serve you clean food and utensils, albeit the mediocre tastes. They use industry-standard hospital food delivery carts instead of generic cafeteria carts and trays.

But what makes hospital food lack flavor and color? Some say it’s patients’ dietary restrictions. After all, sick people shouldn’t indulge in fine dining. But they don’t need to deprive themselves of good food, either. People need to eat not just for sustenance but also to improve their mood and energy.

Another arguable reason is budget. Hiring Michelin-starred chefs costs more than hiring untrained cooks, and of course, high-quality ingredients don’t come cheap. Hence, the few hospitals known for serving exquisite dishes are those only for the rich, like Grand Resort Bad Ragaz in Switzerland.

But when Chef Bruno Tison facilitated a cook-off between teams from 16 healthcare facilities at Glen Cove Hospital on Long Island, it has proven that ordinary hospitals can improve their food quality, too, if they just think out of the box.

Let’s determine how hospitals handle their food to see how much room is there for improvement: 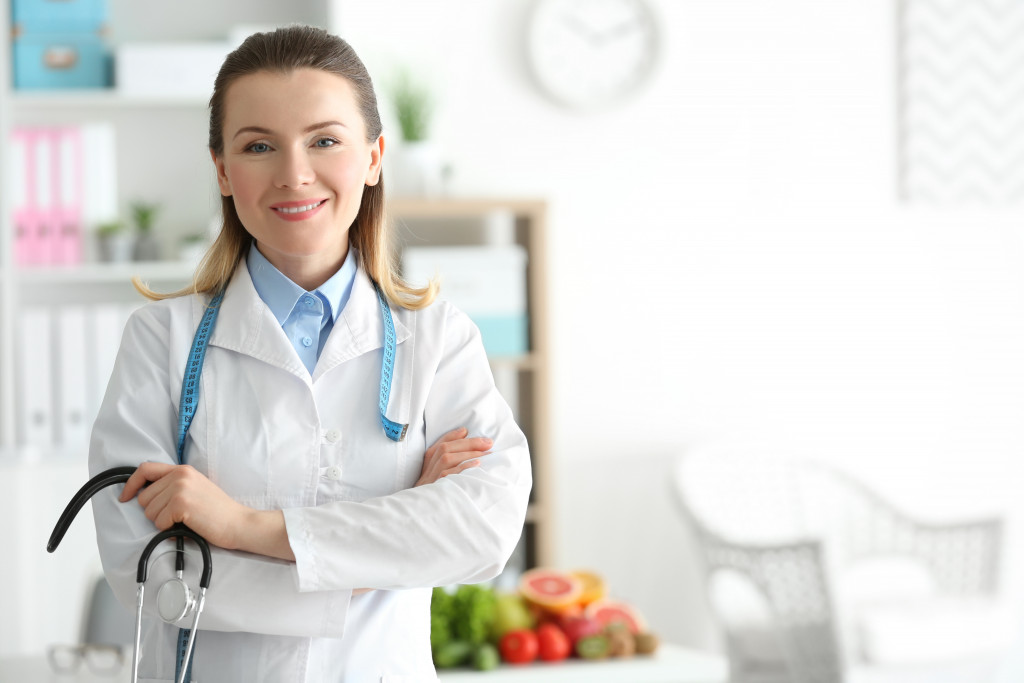 Hospitals prioritize safety the most during food preparation. Their food safety programs ensure that the most vulnerable patients, such as chemotherapy patients, avoid food-borne illnesses. Chemotherapy patients are particularly at risk because their medication destroys their healthy cells along with the cancer cells. Their bone marrow cells, which produce red and white blood cells and platelets, face the highest level of risk. If these patients contract food-borne illnesses, their low white blood cell count will make it more challenging for them to beat the infection.

Hence, part of hospitals’ food safety programs is tailoring their meals according to the patients’ conditions. They exclude uncooked fruits and vegetables for chemotherapy patients but may include them for non-chemo patients.

Hospital cafeterias are subject to routine inspections like other food business establishments. In addition, they follow administrative policies, which govern their food safety procedures and operations. Examples of such policies are recording a food’s final cooking temperature, monitoring refrigeration temperatures, keeping track of food temperatures before and after serving them, and cleaning and sanitizing equipment. Administrators give hospital cafeteria staff checklists to note those factors methodically.

The current food culture in hospitals is to feed as many people as possible for less. As such, hospitals buy food in bulk like they do when buying equipment, hospital gowns, and other supplies. Other hospitals may outsource their kitchens to large-scale providers that supply easy-to-prepare, non-perishable food.

These cost-cutting strategies come at the expense of patient satisfaction. Stephen Bello, executive director of LIJ Valley Stream, says that while offering quality food can be costly, hospitals can save money in the long run by reducing health care expenditures. True enough, when hospitals began providing fresh, unprocessed food, they saw less waste because patients were more satisfied with their meals. They rarely asked for another meal as a result. On the contrary, providing bland food with no real nutritional value resulted in 19 percent of meals being returned and replaced.

Eric Sieden, director of food and nutritional services for Plainview and Syosset Hospitals on Long Island, states that hospitals shouldn’t discharge their patients without giving them the tools to recover. Otherwise, they’d just be readmitted. So, they now teach how to serve the appropriate carbohydrate levels, read food labels, and differentiate between high-fructose corn syrup and sugar.

In addition, Dr. David Eisenberg of the Harvard T.H. Chan School of Public Health reveals that only 27 percent of medical schools in America teach the recommended 25 hours of nutrition. But even those classes don’t teach a practical approach to diet, focusing instead on biochemistry factors. Dr. Eisenberg has since then been on a mission to boost the culinary literacy of hospital staff throughout the U.S.

When patients can eat high-quality and nutritious food in the hospital, they will be more motivated to recover. Plus, it’s only reasonable for them to expect good food with their expensive hospital bills. Institutional meals don’t have to be unappetizing because of policies, standards, and regulations, much less budget. Again, hospitals can save more money by dealing with less wastage and readmission due to poor patient meals. If experts can envision hospitals serving comforting meals, it’s entirely possible to change the lackluster system.