Technology continues to change industries, and real estate is no exception. Thanks to real estate selling apps, buyers and sellers can connect, miles apart. Each of them has more chances to get their best deal. Through online networking, investors no longer have to search relentlessly to find what they want. Indeed, technology is broadening the scope of real estate.

In some ways, this expansion has also softened the lines that separate real estate from other fields. And with no other field has this intersection gone more smoothly than with interior design.

Thanks to social media and its whole new generation of “influencers,” our culture grew an appetite for interior design, one home renovation video at a time. We crave it. We want it in our homes. And it could determine which property we buy next.

A Stronger Marriage Between Real Estate and Interior Design

Online catalogs like Pinterest and Instagram made interior design more accessible. With the market’s growing fascination with design trends, more agents are finding value in home staging. More closely than ever, interior design works in tandem with real estate.

A crafted interior showcases a house’s potential; how its four walls could become much more. Thus, even if the furnishings are not coming with the purchase, buyers like to revel in the possibilities they picture. In a 2019 study, 83% of agents said that staging a home “made it easier for the buyer to visualize the property as a future home.” In some cases, it has also increased the dollar value offered, between one and five percent, compared to houses that are not staged.

With a growing demand for designers, young creatives are making a name for themselves by starting their own empires. From DIY tutorials to renovation projects, influencers are inspiring more young homeowners to invest in interior design to upscale their property’s value.

The New Breed of Interior Designers and Home Renovators

Traditionally, for someone to be called an interior designer, they have to pass the National Council of Interior Design Qualification (CIDQ) exam. In some states, a passing score is a requirement to render interior design services.

Today, netizens are as powerful as credentialing bodies. Their likes and subscriptions can bestow upon someone the title of an interior designer. And so, more influencers are able to adapt the title without taking the licensure requirements.

These new designers are regarded by the community for their sense of style. Even without passing the CIDQ exam, most of them have been professionally commissioned to design homes.

The new breed of interior designers is not bound by a rule book. They are young, vibrant, and self-made, often through Youtube. They are self-taught, and thus, their aesthetics are not molded from traditional schools of thought.

You may have seen Kate Albrecht as the shrill-voiced high school bully in Taking Five (2007) or as a French citizen in The Princess Diaries 2 (2004). The daughter of former HBO CEO and chairman Chris Albrect, Kate was influenced to pursue acting as a teenager. Eventually, she found herself crafting her own path through interior design.

Adapting the masculine noun, mister, for her online name, Kate Albrecht pursues a “why not” attitude when it comes to her brand. She is a self-professed “creative weirdo,” and calls her followers the same way. 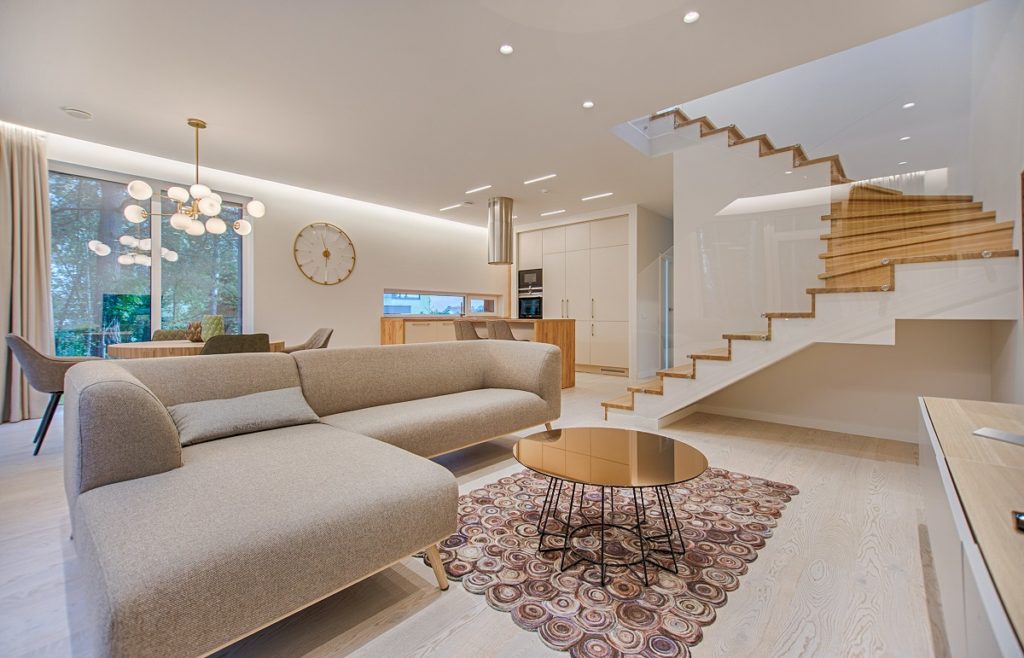 Kate shares that her mom and grandmother inspired her fondness for arts and crafts. Her mother spent most of her time doing DIYs, while her grandmother worked at a faux finishing place. “[I] quickly realized that all of it was doable and it wasn’t so scary.”

Even after marriage, Kate was able to continue pursuing her crafty side because of a supportive husband, Joey Zehr. Joey was the drummer of the band Click Five from the early 2000s. After they disbanded, he translated his drumming skills into the handy skills of home construction and renovation. And so, Kate and Joey became a home design duo, with Kate getting creative with concepts and decors, while Joey takes care of the power tools.

The married duo behind “Mr. Kate” is known for resourceful transformations and fresh designs, such as the 70s home haven they made for Niki DeMar. They also get the homeowner involved in the process somehow, which is another thing that sets their transformation videos apart. For example, they would have the homeowner create an abstract painting, which becomes a centerpiece for a room.

After living in an apartment for years, Kate and Joey brought their residential home around 2013. They have been documenting their home repairs and interior design journey through a web series, “OMG! We Bought a House.”

HGTV eventually picked up their talent and made them stars of the TV show, “Help My House!” Through the show, Kate and Joey help homeowners with their home renovation woes.

Talent is Nothing Without Dedication

Aside from talent, Kate and Joey created an empire by pouring passion. They stuck with their publishing schedules. They constantly produce videos that are seamlessly edited.

Technology has provided all the tutorials and software you’ll need to become a self-made artist. The only thing that stands between a novice artist and success is perseverance.