Have you ever felt like ripping your hair out and shouting at the top of your lungs to release all of your pent-up frustration from working with demanding co-workers? If that’s the case, I understand what you’re going through. Such people on the job have a propensity to drive anyone insane. You may react to the point where you consider leaving the job or have already taken such dramatic action. But regrettably, even after switching careers, you’re still dealing with the same breed, aren’t you?

You’ll run across them no matter how many jobs you change. Also, you cannot avoid them if they cross a specific limit. For example, you may keep mum when your fellow employee shows dishonesty at work. But it would be best if you took a stand when they start to bully and abuse. Taking a stand here does not imply putting yourself in their place and acting up. It entails learning crucial skills that will empower you to deal with them efficiently and respectfully. You may stick with me till the end to find the most practical solutions for this workplace issue.

I’m very unfortunate to have such colleagues. My co-workers are very unprofessional and deceitful. I don’t want to work with these individuals anymore. Every day, I hate having to work with them.

If you ever had these thoughts, you have certainly recognized the evil co-workers. However, there are specific general patterns, or should I say behaviors, that separate problematic co-worker from good ones.

Here are some traits that suggest that you ought to speak out if you notice them in people at your job.

If you have witnessed even one of the above behaviors, take action.

How to Take Care of Difficult Colleagues 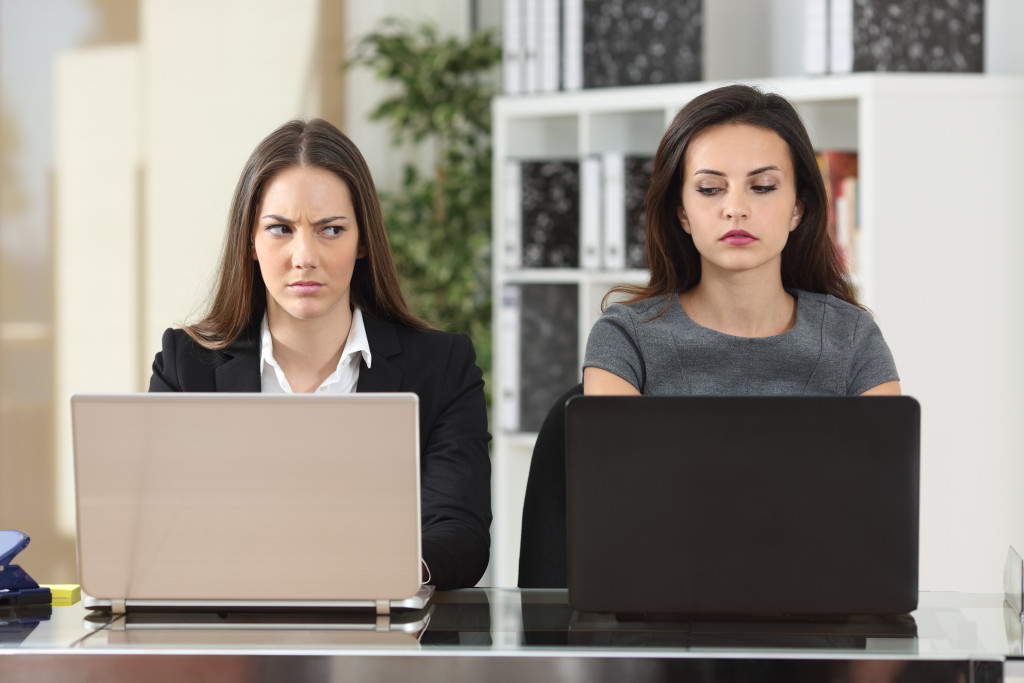 If the problem is not addressed, it will spiral out of control in the long term. You will experience anguish, rage, and injustice. It will become unbearably challenging to work, and your performance will suffer as a result. If you continue to complain without resolving the problem, you will be perceived as a whiner at work. People at work will begin to undermine you.

It’s best to deal with an unpleasant co-worker when you’re not emotionally exhausted and still have some rationality. So, instead of making a wrong decision, use the strategies suggested below to spare yourself all the misery.

Try Not to React

People usually harass to get a reaction. If a co-worker bothers you, resist the urge to react. You may even give a strong response implying that you are unconcerned about what they say or do. If they’re just messing with you, they’ll quit eventually.

If not responding does not work, and they continue to treat you poorly, approach the individual and converse with them. Tell them what you’re feeling without losing your calm. Ask why they are acting this way and suggest coming to an agreement.

If your co-worker continues to make things unpleasant, it’s time to bring in the bosses. Go to your manager or employer and explain the situation in detail. Tell them everything, from how your co-worker bothers you to how it affects your job performance and emotional wellness.

Also, before approaching superiors, record the difficult co-worker’s behavior for proof or seek group support if the person is bothering everyone.

The troublesome co-worker might be a skilled manipulator or your boss’s favorite employee. Both of these factors may result in your employer unbelieving you. You will face bullying, catcalling, negative publicity, and even a ruined reputation due to your difficult co-worker’s wrongdoings.

In such a situation, seek outside assistance. You can hire a criminal lawyer to file a lawsuit against the abuser. The attorney will assist you in fighting the misdemeanor while also defending your rights, dignity, and employment at work.

At some point in your career, you will inevitably encounter a toxic co-worker with a high-conflict personality. Still, all of your efforts will go a long way toward establishing a healthy and beneficial working culture for you.