It’s a complex thought to resist on a beautiful day outside—a picnic! Imagine packing a basket full of goodies you can graze on for hours without a care in the world. Nowadays, picnics are often a cheaper alternative for gatherings that would otherwise take place in a grand hall. You can use any reason to have a picnic. An event as versatile as a picnic means that it can be for anything from a team-building activity at work or it can be a fun birthday party.

But picnics have a fascinating history that can be arguably founded on community building in the face of difficulties. They provided an avenue for everyone to enjoy a shared meal in the company of others. Even though it wasn’t always held outdoors, one thing was certain: a picnic had cheer, food, and community.

A Brief History of Picnics

Picnics were an occasion that relied on people’s contributions. They used to be indoor celebrations with music and dance. People were expected to bring food, a drink, or a monetary contribution to the event. There’s been an evolution of the term throughout the last few centuries, and as you now experience, it no longer refers to a large meal had indoors in the company of others. It transformed into a simple meal eaten outdoors in the company of others.

The first mention of a picnic was in a book in 1649, wherein a character was named “Pique-Nique.” They were juxtaposed as a glutton in the midst of starvation, associating their name with a lavish meal. It became a trend in France to have a lavish meal with others, causing those who tried to escape the French Revolution to bring their habit elsewhere. Even though it is unclear as to why the occasion shifted outdoors, some people attribute it to the romanticization of the outdoors and its resonance with simplicity.

It’s not so different today, depending on how much you’re willing to spend on a picnic and who you’re with. If you’ve organized a picnic before, you know that there’s this constant pressure to make sure that everyone has a good time. There are different ways people have picnics; some even earning $15,000 a month by throwing them for a more luxurious crowd. No matter how the word transformed from gluttony to a mere celebration of community, it’s promising that it’s here to stay, even in a more digital world. 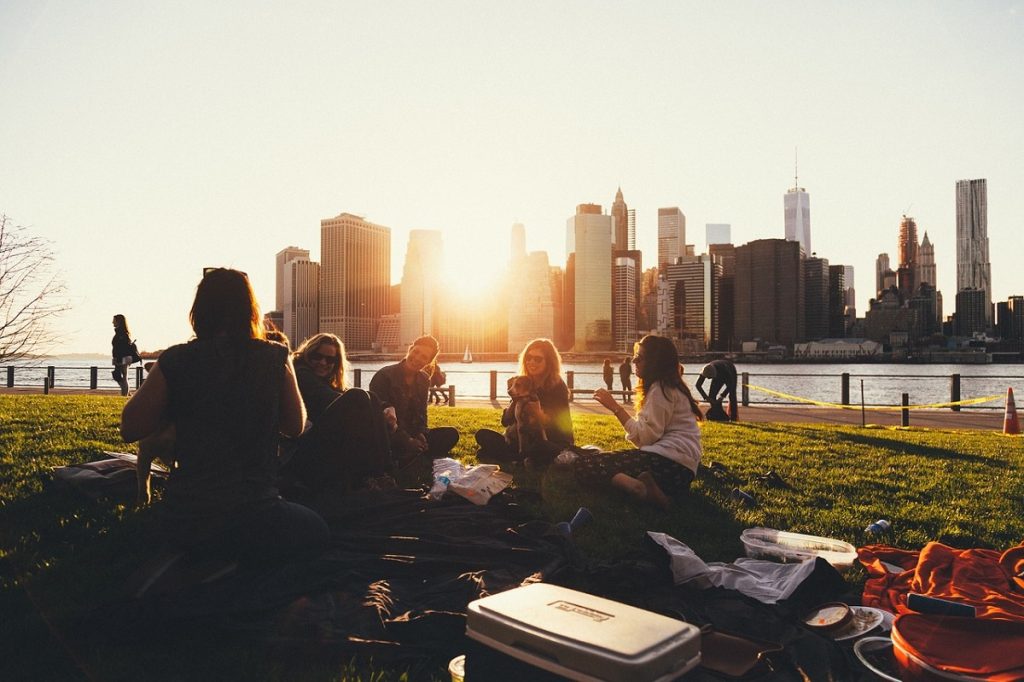 Nowadays, picnics are a form of strengthening a relationship among a group of people. Be it the relationship between coworkers, families, or neighbors, picnics have never disappeared as an occasion where people can physically interact to form a connection. Don’t you think that the best way to meet your neighbor is through a situation set up for you to interact without having preconceived notions of awkwardness? It’s a lot better compared to making assumptions about them through their online activity, right?

Some studies believe in picnics as a way to empower communities and encourage civic participation. Picnics have a way to reinforce the idea that a community can organize itself in such a way that is beneficial for everyone involved. In fact, one of the requirements to have a picnic is that everyone involved is part of a community. A picnic for one does happen from time to time, but it won’t be different from you having your packed lunch at the park. The fellowship that a community exemplifies is expressed through having a picnic.

How Can You Set up a Community Picnic?

Even if you’ve set up picnics before, here are some tips to make sure that everyone has a good time.

1. Plan ice breakers for when things get lull.

2. Make sure you find a place with barely any bugs that can feed off your guests. Even if you do, just set up a Biogents mosquito trap to be sure that the people grazing won’t be grazed on themselves.

3. If the weather’s been hot lately, don’t pack food that will spoil quickly in hot weather. You won’t want people getting sick during the picnic.

4. You can provide people with options regarding where they want to sit. Some people aren’t always comfortable sitting on the ground. Bringing some foldable chairs will help.

5. Ask for help!! Feeding all your guests can get expensive. Embrace the communal contribution aspect of picnics and get everybody in on it. They’ll enjoy seeing someone eat their lasagna or drink their beer.

Picnics are an avenue for communities to have a shared experience and for community involvement to flourish. It’s a way to show each other that you’ll be there for one another whenever you need something, even if it’s just someone to talk to.